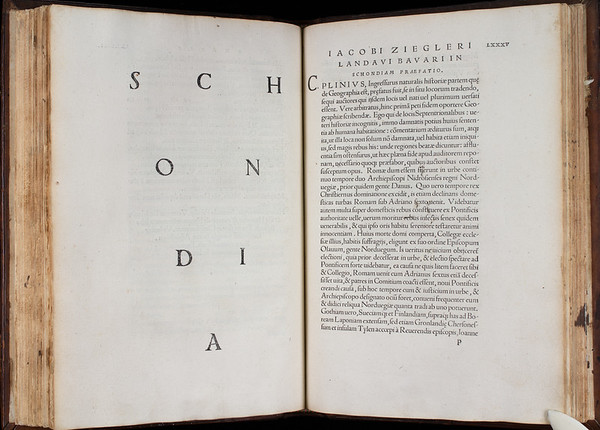 Like Smith, the cartographer Jacob Ziegler exploited classical learning for political purposes. Several Scandinavian nations were preparing to break from the Catholic Church; they needed scholars who could put them, literally and figuratively, on the map. Ziegler, who had converted to Protestantism, was happy to oblige. The resulting treatise, ‘Schondia’, took its structure and the form of its maps from Ptolemy’s Geography. Into this classical framework Ziegler put fresh research, thereby continuing and refining Ptolemy’s work. Ownership of this politically charged book supported Smith’s credentials as an ‘intellectual in office’ during the Reformation.