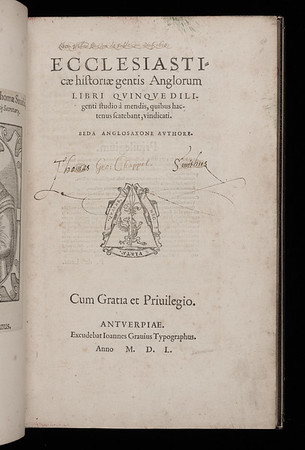 Written in the eighth century, Bede’s Ecclesiastical history of the English people tells the story of England’s conversion to Christianity within the context of its political history, beginning with the invasion of the Romans under Julius Caesar in 55 BC. To a statesman, this enormously influential book must have been invaluable.