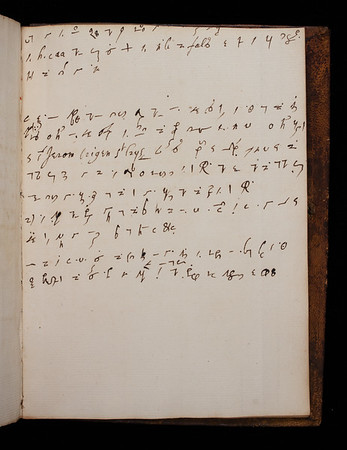 Henry James, President of Queens’ College from 1675 to 1717, has supplemented this book of catechisms with a page of shorthand writing (shown here) and a hand-written index (see separate image). Shorthand long predates the early modern period, but the Renaissance saw its revival, as new systems developed in line with the growing need for privacy. Shelton’s shorthand system was taught in several Cambridge colleges and clubs in the seventeenth century. Notable Cambridge users include Samuel Pepys, who wrote his diaries in Shelton shorthand, and Isaac Newton, who used it in his notebooks when making a written confession of his sins. Like them, it is likely that James learned Shelton shorthand in Cambridge.