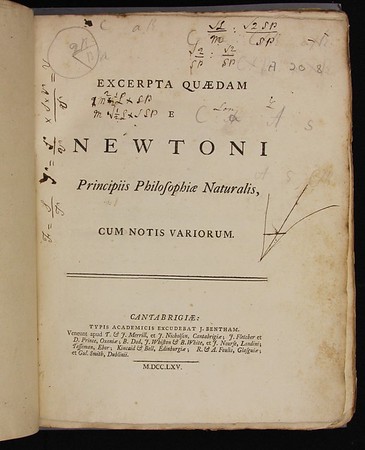 This is Isaac Milner’s much annotated copy of excerpts from Newton’s Principia, prepared and published in Cambridge by Robert Thorp in 1765. Milner sought to ‘transfer into religious inquiries of the greatest moment’ the ‘safe, solid, and sound principles of the Newtonian philosophy’ as an antidote to the ‘dangerous and fanciful levities of Descartes’ (and other continental philosophers) who, he believed, had ‘fabricated wild hypotheses of vortices for the explanation of the phenomena of nature’.