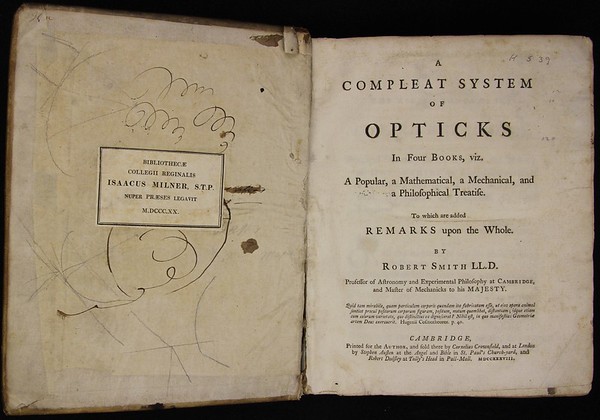 Newton's successes in optics and mechanics dominated the career and philosophy of Robert Smith (1689-1768), who became one of Newton’s chief Cambridge advocates of the generation preceding Milner. As well as holding the University’s Plumian professorship of astronomy and experimental philosophy, Smith was vice-chancellor (1742–3) and master of Trinity (1742–68). He too wrote a book entitled Optics. In it he sought to demonstrate the coherence of Newton’s ideas concerning light and mechanics by linking together components from both in relation to his own understanding of light.

This much annotated copy is one of two at Queens’ that are from the collection of Isaac Milner.