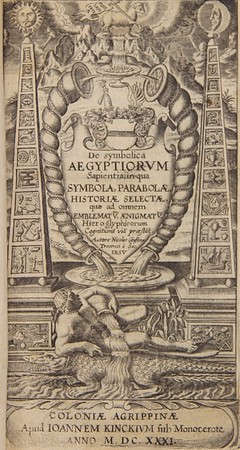 Smith’s interests in languages and Egyptology are well reflected in his collection. This widely read study by Nicolas Caussin sought to decode the hidden knowledge believed to be contained in Egyptian hieroglyphics. As for most Egyptologists of his age, Caussin’s conception of the Egyptian hieroglyph as a symbol that represents an idea would later prove to be unfounded.